It is a new day for Manhattan’s Democratic Party.

In 2017, along with progressive reformers around Manhattan, we embarked on a program to reform and democratize the New York County Democratic Committee.  Last night we won an unprecedented victory for the reform movement.

Over 500 County Committee Members turned out and passed a sweeping slate of 25 important reforms.  These reforms represent a huge step forward for Manhattan’s Democratic Party and show the rising influence of the party’s progressive, reform bloc.  They will increase the transparency, accountability, and grassroots spirit of the Democratic Party.

Some highlights of the reforms passed are:

Of the reforms we proposed at last year’s famously contentious meeting, all but one were passed unanimously last night.  One, a ban on lobbyists in party leadership, was not voted on last night.  Working with the County Leadership, we developed a compromise version which would have established the principle while exempting the current leadership out of respect for current democratic processes.  However, procedural hurdles prevented a vote on the measure last night.  Fortunately, the other reforms passed will make it much easier to bring the issue to the floor next year.

With that out of the way, the most urgent need facing us is taking back the U.S. House and the N.Y. State Senate next week.  I’ll be volunteering as much as I can this week.  You can find some great opportunities week at sign up to help out at http://VoteBlueNYC.com, http://MakeNYTrueBlue.org and http://thelastweekend.org. Please join us.  Thank you. 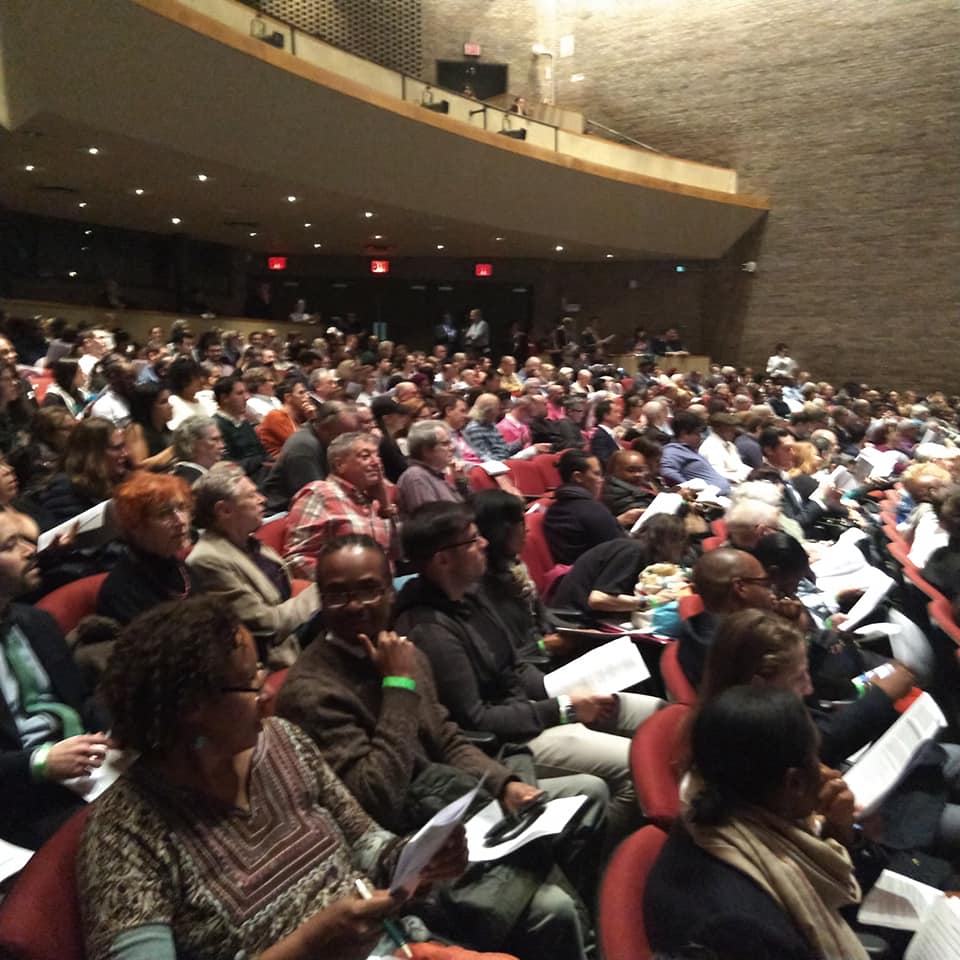 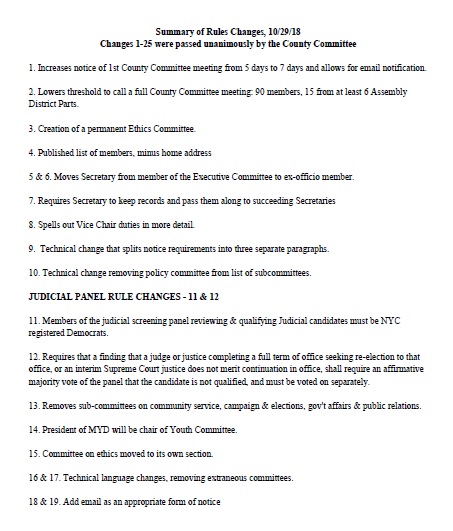 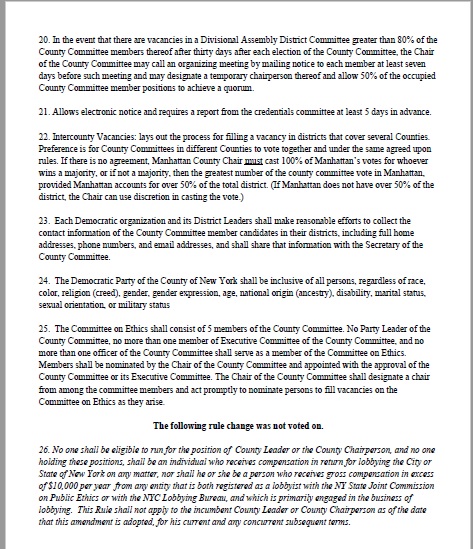