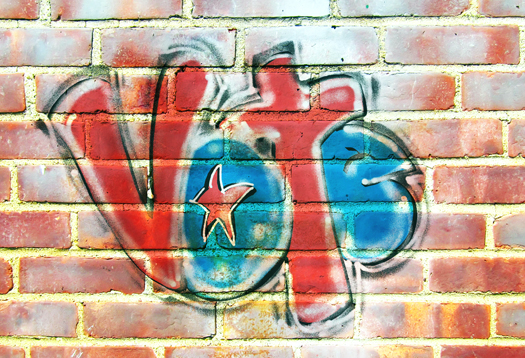 This Tuesday, June 25th, is Primary Day in New York State. For 85% of New Yorkers, primary day is when your vote counts most. Most of our districts are so partisan that the other party doesn’t even run candidates many years, so the “real election” is the primary. Although this is a relatively “slow” year, there are a number of important races. Here are my endorsements in a few of them for the Democratic Primary. They are necessarily brief, and I have left out many important races. Please feel free to reply with any questions.

Polls will be open on Tuesday, June 25th from 6:00 a.m. to 9:00 p.m. Not all districts have primaries this year, so it’s worth checking before you head to the polls. Find if you have a race to vote in, your poll site, and sample ballot at: https://nyc.pollsitelocator.com/search.

Queens District Attorney: TIFFANY CABÁN.
This is the most important race in New York State this year. Cabán has a bold vision of justice and is by far the best choice for Queens Democrats. Most importantly, she is the only candidate serious about changing the culture of mass incarceration which has caused so much injustice in this state and this country. For all the work needed at the legislative level on criminal justice, the rubber meets the road in the DA’s office. Very few cases go to trial, so over 95% of people in prison today are there because of a plea deal set by a DA.

A public defender for her entire legal career, Cabán speaks passionately about the harm done by a DA who sees locking people in cages as the solution to society’s ills. As a Queer Latina with deep roots in Queens, she knows this personally as well as professionally, and will bring very much needed change to Queens leadership.

If you live in Queens, please vote for Tiffany Cabán on Tuesday.

I don’t normally endorse in races outside of NYC, but Kat Brezler is a truly exceptional candidate. In fact, I am proud to be volunteering as her campaign treasurer.

Kat is a public school teacher and one of the most ferocious advocates for justice I know. She is tireless – leading rallies and petition drives after 7 hours teaching in the Bronx, seemingly every day and on issues large and small. Kat is known statewide as Westchester’s loudest independent progressive voice. So much so that the Westchester machine spent tens of thousands of dollars on a scurrilous and frivolous attempt to knock her off the ballot – a wasteful exercise they carried up to the Court of Appeals.

Kat won that fight, and she richly deserves your vote to win again on Tuesday. There are four candidates running for three seats, and you will be asked to vote for three. I encourage you “bullet vote” and only vote for Kat Brezler. This is the surest way to see that Kat’s needed voice is brought to the White Plains Common Council. Find your poll site at https://citizenparticipation.westchestergov.com/find-polling-place.

As we have seen many times in the past three years, an honest judiciary that shares our progressive values is more important than ever. This is not just true at the Federal level, but also at State courts. NY judges are preventing child deportations, protecting tenants and more every day. For an overview of the process, and all the races in Brooklyn, I encourage you to look at the New Kings Democrats’ Judicial Explainer. Below are my picks for a few key judicial races.

Grace Park has spent the past 15 years representing indigent children and families with the Legal Aid Society’s Juvenile Rights project. If elected, she will likely serve in the Family Court where brilliant, compassionate, progressive judges like Park are sorely needed. Grace Park is exactly the kind of judge we should be electing in New York.

This one is a slam dunk. Surrogate Courts in New York have traditionally been a bastion of corruption, discrimination, and party bosses. Margarita Lopez Torres has blazed a trail in Brooklyn for what an independent, compassionate, progressive, and honest Surrogate can do. She has protected poor families from estate theft, maintained the rights of LGBTQ families to inheritance and adoption both before and after the passage of marriage equality, and more. As importantly, she has done away with the shameful process of appointing lucrative estate administrators based on corrupt political ties and contributions.

In addition, Lopez Torres stood up to the Brooklyn Democratic machine as no candidate I know of has. This will be a tight, borough-wide race with real impacts on thousands of New Yorkers. If you live in Brooklyn, your trip the polls on Tuesday is worth making for this vote alone.

So there you have my abbreviated endorsements for this year. Please feel free to reach out to me about other races or with questions about these.

Polls will be open this Tuesday, June 25th from 6:00 a.m. to 9:00 p.m. Find your poll site and sample ballot at: https://nyc.pollsitelocator.com/search.