Please join me in voting for Christopher Marte for State Committee in the Democratic Primary on Thursday (yes, Thursday), September 13th.

Christopher Marte is the ideal candidate to represent Lower Manhattan’s Democrats. I’ve seen Marte, born and raised in the Lower East Side, build a coalition of support from across our diverse District.  He has been a champion of preserving parkland and open space in Little Italy, used his fluent Mandarin Chinese to organize tenants in Chinatown, founded an alliance for small businesses from Financial District to the Lower East Side.

And unlike other candidates, Marte hasn’t taken a dollar from real estate groups or Albany PACs.  His independence, deep roots in our community, and proven track record of getting results are why Christopher Marte has been endorsed by the Downtown Independent Democrats, the Grand Street Democrats, the Lower East Side Democrats, and the Asian-American Democratic Club.

I do not know Christopher’s opponent well, as he only moved to Lower Manhattan recently. He currently works as a staffer for the NYS Assembly Speaker, and prior to that was an Albany lobbyist. I have seen no evidence that he could or would prioritize the needs of our neighborhood over the power brokers he works for.

Christopher Marte is the clear and only choice for progressive and reform minded Lower Manhattan Democrats. Please join me in electing him next week. Polls will be open on Thursday, September 13th from 6:00 a.m. to 9:00 p.m. Find your poll site at: https://nyc.pollsitelocator.com/search.

P.S. Please consider volunteering for or contributing to Christopher Matre’s campaign at: http://www.martenyc.com. 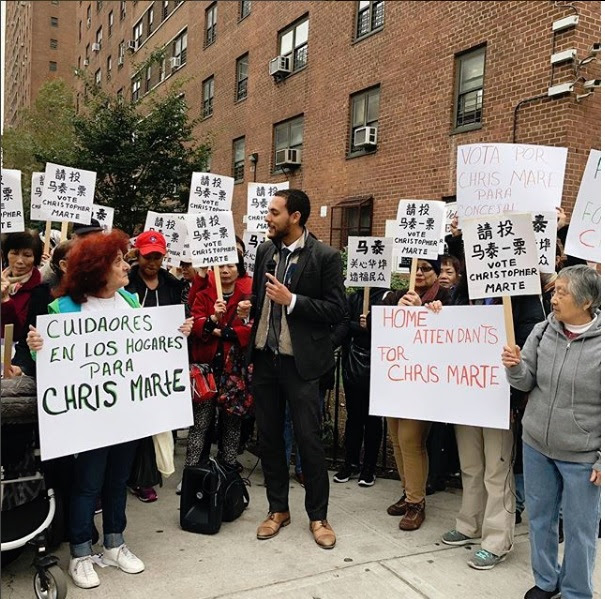