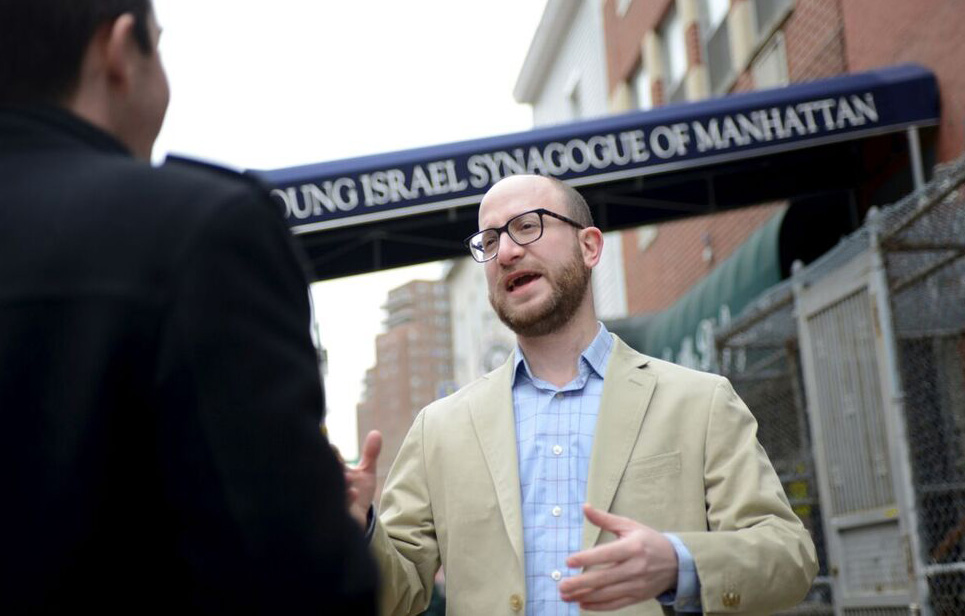 A lifelong resident of Lower Manhattan, Paul Newell is a community organizer and progressive Democrat, committed to working for affordable housing, quality schools, livable streets, and an honest government in Albany.

In 2009, Paul Newell was elected Democratic District Leader for Lower Manhattan and the Lower East Side with 67% of the vote. Since then he has been re-elected three times, most recently in September 2015.

Long before being elected Democratic District Leader, Paul Newell has been speaking out against corruption in Albany. In 2008, fed up with a culture of failure and corruption in our State Government, Newell launched a campaign for New York State Assembly. In the course of that campaign, he was endorsed by The New York Times, New York Daily News, New York Post, Americans for Democratic Action, BlogPAC, Gawker Media and more. The campaign was also the subject of an award-winning documentary by filmmaker Justin Sullivan, Excuse Me, Mr. Speaker….

As District Leader, Newell has led a six-year effort to extend rent regulation to thousands of “421-g” apartments, organizing tenants to win protections from rent increases and evictions. He has also been a leading voice for protecting and expanding rent regulations for the over two million New Yorkers who depend on them, and for increased capital funding for NYCHA.

During and after Superstorm Sandy, Newell organized hundreds of volunteers to deliver thousands of food parcels and medical care to homebound seniors and others on the Lower East Side. Working with elected officials and nursing organizations, the operation brought much needed care to vulnerable residents stuck in high-rise buildings with no elevators.

Before the closure of St. Vincent’s Hospital – a devastating blow to Lower Manhattanites’ access to emergency and long-term health care – Newell founded the Coalition for a New Village Hospital. The Coalition led our community’s efforts – in the courts and in the streets – to demand a full service hospital at the site; a fight that is still ongoing.  He later worked closely on the fight to keep LICH hospital in Cobble Hill, and continues that work today at Beth Israel in Manhattan.

In addition to his organizing work, Paul consults for non-profit organizations, civil rights law firms and publishers. He has worked on winning cases that brought redress to women discriminated against by the FDNY, LGBT New Yorkers fighting for equal representation, and thousands of NYC Administrative Managers discriminated against by race and gender.  Paul also crafts communications strategies for non-profits like the National Organization on Disability.

In 2000, Newell joined Ubuntu Education Fund, then a fledgling non-profit based out of a broom closet in an elementary school. Newell helped build the organization into an internationally recognized leader in response to HIV and poverty. Ubuntu now reaches thousands of vulnerable children in New York and South Africa.

Prior to working at Ubuntu Education Fund, Newell, a Yiddish speaker, worked to preserve Yiddish language and culture as an archivist at the YIVO Institute for Jewish Research.

A graduate of NYC public schools and Whitman College, Newell, 42, lives in a Mitchell-Lama co-op on the Lower East Side and is a member of Stanton Street Synagogue.